What is Medicaid Expansion?

Medicare Expansion: What is it and how does it affect you?

The Patient Protection and Affordable Care Act, more commonly known as Obamacare, has been a source of heated controversy well before it was signed into law on March 23, 2010. One of the most contentious aspects of the new law is Medicaid expansion. Obamacare intended to make the eligibility requirements for Medicaid less stringent. However, due to the controversy around the new law and the fact the Medicaid is a state and federal program, states are given a choice as to whether they will participate in Medicaid expansion or not. 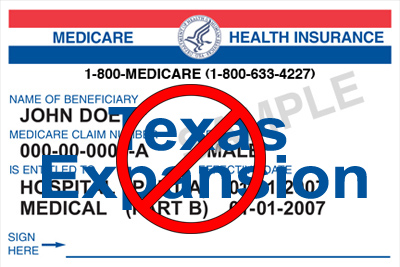 MEDICARE EXPANSION: WHAT IS IT AND HOW DOES IT AFFECT YOU? Obamacare intended to make the eligibility requirements for Medicaid less stringent. However, states can choose not to participate in Medicaid expansion.

In the states that have accepted the new program, any citizen between 19 and 65 whose household income is below 133% of the poverty level is eligible for coverage as long as they are not in jail or entitled to Medicare.

It’s difficult to calculate exactly how many Americans are newly eligible for Medicare- eligibility depends a variety of factors that fluctuate widely. However, 6 million more Americans enrolled in Medicaid and related programs in the six months after Obamacare was passed than in the six months before. Looking at it another way, in 2014 enrollment increased 15% in the states that have chosen to expand compared to 3% in those that have not.

The American health care system is in a sort of dichotomy.

On the one hand, the United States has some of the most respected doctors and most advanced hospitals in the world. On the other hand, Americans have a notoriously hard time affording health care. Many medical procedures are so expensive here, it is often cheaper to fly to another country, have the procedure performed there and fly back. For uninsured individuals, even a minor injury or illness can result in bankruptcy. The intent of Medicaid expansion is to help low-income individuals acquire some health coverage. Improved coverage means people can visit a doctor without having to worry it if will cripple them financially. When people can afford to see a doctor, they are more likely to catch a disease in its early stages rather than waiting until the symptoms are unbearable. As the idiom goes: “an ounce of prevention is worth a pound of cure”, and catching disease early means lower healthcare costs across the board.

So, why are states choosing not to expand Medicaid?

Governor Bobby Jindal of Louisiana has written out why he opposes expansion for his state. Many conservatives, including Greg Abbot in Texas and Rick Scott in Florida share his viewpoint. They believe that expanding Medicaid means expanding government. Any program that moves people from private insurance to a government program discourages self-sufficiency and wastes taxpayer money. Other opponents of Medicaid expansion claim those on Medicaid have even worse health than the uninsured, an idea that has be heavily disputed.

To find out how Medicaid expansion affects you, you will first need to determine if you live in a state that has accepted the expansion.

If you do, you may be eligible for Medicaid even if you were not before. If not, you may be stuck in what is called “the Medicaid gap”. The Medicaid gap refers to the people who are ineligible for government assistance but do not make enough to receive subsides through the healthcare marketplace- between 100-400% of the poverty line or $12,490-$49,960 in 2019. In Texas, adults are rarely eligible for Medicare. As a result, Texas the largest Medicaid gap in the country- 766,000 people have no access to affordable health insurance. Accepting Medicare expansion would cover 1,186,000 Texans under Medicaid and provide the state with $100 billion to fund the expanded program.