“Everyone at Bemis Roach and Reed was very dedicated to winning my case and getting me the help I need! If you need help at any stage with your disability case, they will not disappoint! Thank you so much! ”– Ray B.
Free Consultation
Gregory L. Reed
Lonnie Roach
Lloyd E. Bemis III
Fred Hawkins
Daniel Messenger 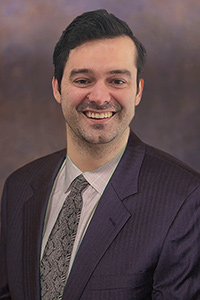 “At first I was apprehensive about applying for SSDI. After visiting BR&R, they assured me that I had a good case and they would be with me every step of the way. Although I was denied at the application and appeal levels (which they told me was normal), I felt confident as we went to the hearing stage. I was well prepared for it. The lawyers at BR&R made an excellent opening statement to which the law judge had no questions that he really needed to ask. After a year of being nervous, I was finally approved. I cannot thank everyone at BR&R enough for what they have done for me and my family! “

Daniel Messenger is an Associate Attorney at Bemis, Roach & Reed, which was established in 1993 in Austin, Texas.
He received his undergraduate degree in political science and philosophy from Texas State and earned his J.D. degree at Lewis & Clark Law School. While at law school, Mr. Messenger served as editor for the Animal Law Review and as a board member for the Public Interest Law Project, a student-run legal advocacy organization providing assistance at legal aid clinics, public defender’s offices, and other public interest organizations.

He also worked as chief researcher for a legal academic who published works covering several VA topics, including disability and other issues for those serving in the military. 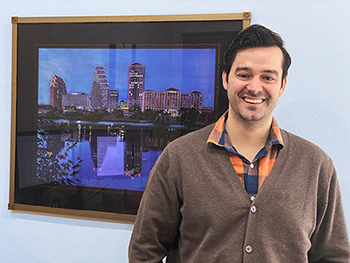 Disability Attorney Daniel Messenger. Daniel’s compassion for his clients, exceptional legal knowledge, and his comprehensive case preparation make him one of the top young attorneys in Texas for appealing denied disability claims. Social Security disability is the primary focus of Mr. Messenger’s practice.

Born and raised on a cattle farm in Tennessee, Mr. Messenger worked as a third-generation farmer prior to law school.

Daniel worked as a volunteer at Kid’s Club, mentoring and tutoring youth in after-school programs, as a volunteer for Austin Pets Alive! and enjoyed spending time with his dog, Rowdy. Before transferring to Texas State, he played football for the University of Mary-Hardin Baylor where his team won the American Southwest Conference in the 2010. Daniel enjoys reading, running, hiking, and playing music.

In 2017 Mr. Messenger decided to focus his law practice exclusively on Disability Law when he joined the Texas disability law firm of Bemis, Roach & Reed.