Can I qualify for Social Security Disability if I am suffering from ALS?

Amyotrophic Lateral Sclerosis, or ALS, is a progressive disease that affects nerves in the brain and spinal cord that control muscles. Commonly known as Lou Gehrig’s Disease and named for the baseball player with the disease in the 1930s, 5,000 people per year are diagnosed with ALS. There is currently no known cure, cause, or means of prevention 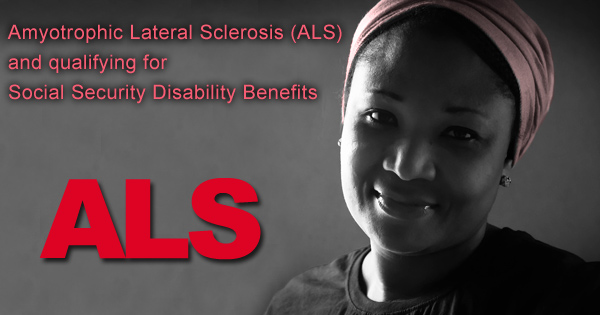 ALs can qualify you for ss disability benefits. Amyotrophic Lateral Sclerosis is listed as an impairment in the Social Security Bluebook. A person with ALS only has to provide medical evidence of a diagnosis to qualify. Call 512-454-4000 for help today.

In ALS, motor neurons or nerve cells in the brain that send messages to muscles directing them to contract, break down.

The muscles stop moving because they are no longer receiving signals to contract and consequently weaken or atrophy. All voluntary movement – walking, talking, eating, even breathing – becomes more and more difficult over time. Initially, only one hand or leg may be affected, but eventually ALS affects almost all muscles. At first, a person with ALS may have trouble with finer tasks, like buttoning a shirt or picking up the phone, but as the condition worsens, they may not be able to breath on their own. People with ALS still experience all five senses – sight, hearing, smell, touch and taste – and can think and learn.

Some of the early symptoms include:

Contact a Social Security disability attorney at 512-454-4000 for a free consultation and see if you can get disability benefits while suffering from ALS. If you have been denied disability don’t give up!

There are two types of ALS, Sporadic ALS and Familial ALS:

Though no one knows what causes ALS, researchers have suggested some possible links to the disease: 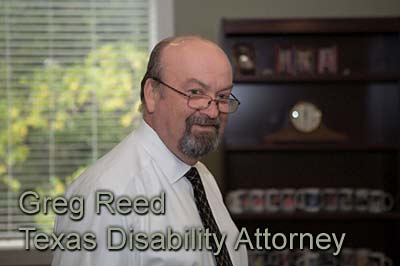 Though there is no cure for ALS, treatment in the early stages can improve a patient’s quality of life.

The sudden, rapid progression of ALS, in addition to the financial and medical costs, make Social Security disability benefits invaluable.

ALS most often strikes people between the ages of 40 and 60, when they may be the primary wage earner of a family.

ALS is listed as an impairment in the Social Security Bluebook under Section 11.0 Neurological.:

Despite this listing, prior to 2003, it was not easy for a person with ALS to qualify for disability benefits.

This was partly due to a lack of knowledge on the part of SSA staff, field offices and state agencies who knew little about the disease and its impact. In August 2003, SSA published new rules that: 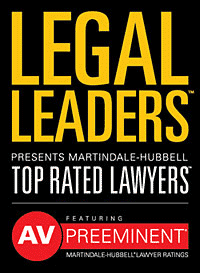 Previously, if an applicant in the initial stages of ALS was able to walk into an SSA office, they were not considered disabled.

Under the new listing, a person with ALS only has to provide medical evidence of a diagnosis to qualify. Also, Congress passed legislation in 2001 that waived the 24-month Medicare waiting period for people with ALS; prior to that many people died waiting.

The efforts of the ALS Association have increased awareness of amyotrophic lateral sclerosis and its impact on individuals and families. For further guidance and information, see http://www.alsa.org.

Those with Lou Gehrig’s disease may not have to wait as long for disability soon.

There is currently a bill in congress which proposes waiving the five-month waiting period for Disability applicants with Amyotrophic Lateral Sclerosis or Lou Gehrig’s disease (ALS). The bill was introduced on ALS Advocacy Day in the Senate (S. 2904) by Democrat Sheldon Whitehouse and in the House (H.R. 5183) by Democrat Seth Moulton and Republican Peter King.

Social Security Disability Insurance (SSDI) beneficiaries must wait five months between the beginning of their disability and their first disability check. Generally, the application process takes up a good portion of this time. However, sometimes people are approved benefits but are then stuck waiting for them until the five-month period runs out. Congress justifies the waiting period, saying it helps save money and prevent fraud. Five months allow time for conditions that are not permanent to heal. Unfortunately, disability applicants are by definition unable to work and support themselves so the waiting period is often a time of financial hardship.

The bill aiming to end this period for those with ALS is primarily backed by the ALS Association (ALSA).

The bill aiming to end this period for those with ALS is primarily backed by the ALS Association (ALSA).

The ALSA raises funds for research and networks with hospitals to provide medical service and support for those suffering from ALS. The association is a powerful lobby in Washington and has some previous success promoting their cause. In 2000, congress waived the two-year waiting period for Medicare coverage specifically for applicants with ALS.

This has not been the first attempt to end the five month wait period.

The waiting period is controversial because it’s stated intent is to give time for temporary disabilities to improve, however, only permanent disabilities qualify for benefits to begin with. Those with disabilities can’t work by definition and the waiting period is a time when they will be without income from either work or benefits. In 2013, a similar bill was proposed to eliminate the waiting period for all applicants suffering from any terminal illness. The bill was proposed after a woman died before she was able to receive the benefits she was eligible for. Unfortunately, the bill did not make it through congress.

Disability benefits are an important source of income for those who are unable to work. If you not able to work due to ALS, you may be eligible for Social Security Disability or Long Term Disability benefits. If you have applied for benefits and been denied, contact the attorneys at Bemis, Roach and Reed for a free consultation. Call 512-454-4000 and get help NOW.