Your chances of success go up as much as 50% when filing a claim with an experienced Long Term Disability lawyer at your side.

If you experience epileptic seizures, you may qualify for Social Security Disability

Epilepsy is surprisingly common. Nearly 4% of Americans will develop epilepsy, making it the fourth most common neurological disorder. Seizures are the defining symptom of epilepsy, however, not all seizures are epileptic. A seizure is only epileptic if it caused by a misfiring of electrical signals in the brain. The symptoms are similar, but treatment varies greatly for non-epileptic seizures. There are several types of epileptic seizures. 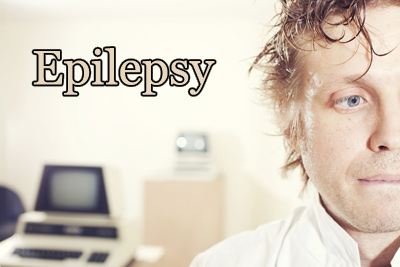 If you have Epilepsy you may qualify for SS Disability.
The Social Security Administration has two listings for epilepsy- Convulsive and Non-convulsive.
Call 512-454-4000 for help.

Grand-mal seizures, also known as tonic-clonic seizures, are the most recognizable type of seizure.

Tonic refers to loss of consciousness and stiffening, and clonic refers to uncontrollable muscle spasms. A seizure could simply be tonic, meaning the individual loses consciousness. This may lead to unresponsiveness and difficulty breathing. A clonic seizure involves involuntary movements. Generally this is a rhythmic waving of the arms or sitting up. At the end of a severe clonic or grand mal seizure, it is common for the individual to let out a deep breath and fall asleep.

Absence, or petit mal, seizures are less dramatic and often mistaken for ADHD.

During an absence seizure, the individual stares blankly and loses awareness for a few seconds. Generally they return to a normal state immediately after the seizure.

The above listed are all types of general seizure- they affect the entire brain and body. Epilepsy can also cause partial seizures- a seizure in one area of the brain. The affected individual may or may not lose consciousness during a partial seizure.

Severe dramatic seizures are relatively uncommon, but it is important to know what to do if you see one occur.

It is important to stay calm and clear the area so the person will not accidently bump into anything. It used to be thought that someone having a seizure was at risk of swallowing their tongue. This cannot happen. It is very dangerous to try to put anything in the individual’s mouth or restrain them. The biggest risk to someone having a seizure is the possibility of injury from falling or bumping into something.

The causes of epilepsy are not well-known.

There is a correlation between brain injury and epilepsy. Other possible causes include low oxygen during birth, infection, stroke and genetics. Generally, the very young and very old are most susceptible to epilepsy. It’s easy to see how epilepsy could limit an individual’s ability to work. Most obviously, epilepsy would be a major safety risk in any career involving driving or operating heavy machinery. 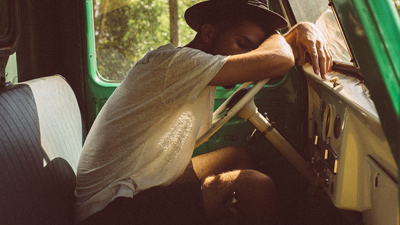 Epilepsy is surprisingly common. Nearly 4% of Americans will develop epilepsy, making it the fourth most common neurological disorder. If you have epilepsy and cannot work you may qualify for ss disability benefits.

The Social Security Administration has two listings for epilepsy- Convulsive and Nonconvulsive.

It is important to note that “following treatment for three months” includes following all protocols set forth by your health care provider.

Epileptics are often instructed to abstain from alcohol, and it is possible to be denied benefits for not following that instruction. Additionally, it should be noted that even if you do not meet these listings, it may still be possible to collect benefits if you are unable to work due to your condition.

In order to qualify for Social Security Disability, you will need to satisfy a few specific requirements in two categories as determined by the Social Security Administration.

The first category is the Work Requirements which has two tests.

The second category is the Medical Eligibility Requirement.

More details can be found on our Qualifying for Disability page.

Even if you do not meet the listing, it is still possible to get Social Security Disability Insurance benefits. You may be eligible for Long Term Disability benefits as well if you are too injured or ill to continue working. The down side is that it is often very difficult to obtain benefits. Long wait times, mountains of paperwork, and unfriendly, unhelpful service is common when dealing with either a private insurer or the Social Security Administration. Having professional representation can help alleviate some of the difficulty associated with filing a disability claim. The attorneys at Bemis, Roach and Reed have experience handling disability claims and know how to present a claim in the best light. If you have applied for benefits and been denied, get a professional on your side. Call the attorneys at Bemis, Roach and Reed for a risk-free consultation at no cost to you.Call 512-454-4000 and get help NOW.