Social Security has a listing for cystic fibrosis, meaning if the applicant meets the standard for the listing, they are approved for benefits.

Many diseases are the result of poor lifestyle choices. It is a well-known fact that inactivity, poor diet, and the use of alcohol, tobacco or drugs can cause disease. However, there are other illnesses that cannot be prevented through healthy living. Some diseases are inherited, and may even be inherited from parents with no symptoms. Cystic fibrosis is a genetic disorder that can cause severe symptoms that usually result in an early death. 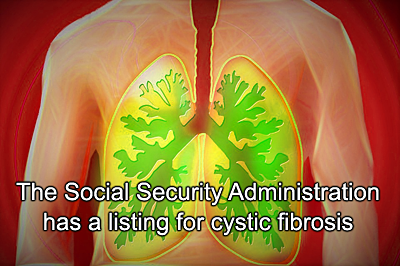 The Social Security Administration has a listing for cystic fibrosis, so if the applicant meets the standard for the listing, they are approved for disability. Call for more information 512-454-4000

Cystic Fibrosis is an extremely rare disease with an estimated 30,000 cases in the United States.

Cystic Fibrosis is characterized by thick internal mucus mostly concentrated in the lungs. The disease is usually discovered in infancy or childhood. Intestinal blockage from mucus is usually the first sign of the disease. Children with the condition generally have slowed physical development. It is difficult for the stomach to absorb nutrients because the intestines are coated in mucus. Nutrition disorders, particularly Vitamin K deficiency, are another early sign of cystic fibrosis.

While the earliest visible symptoms stem from intestinal mucus, the area most seriously affected is the lungs.

Difficulty with any kind of exercise is common as lung capacity is significantly diminished. People living with cystic fibrosis must take special care to avoid common respiratory illness. A simple cold could lead to hospitalization as the mucus in the lungs retains bacteria. Additionally, lung infections, polyps and fissures in the nasal passageways, and inflammation throughout the respiratory system are all symptoms of cystic fibrosis.

If you have Cystic Fibrosis you may qualify for disability benefits. Contact the experienced Long Term Disability lawyers at 512-454-4000

Cystic Fibrosis damages nearly every system in the body.

Besides the digestive and respiratory system, the disease also affects the endocrine and reproductive systems. Cystic fibrosis can damage the pancreas creating a type of diabetes unique to those suffering from cystic fibrosis. Poor vitamin absorption can lead to osteoporosis among other diseases. Almost all men with the condition are unable to have children naturally. High blood pressure and heart conditions are also common among those suffering from cystic fibrosis.

There is no cure for cystic fibrosis.

Treatment for cystic fibrosis is a daily chore.

There are several techniques focused on clearing the respiratory system of mucus. Medications that thin the mucus so it can be coughed out more easily are commonly prescribed. Medications may be administered via a nebulizer- a device for inhaling liquid medications. Lung transplants may also help those with cystic fibrosis. As with most diseases, a healthy lifestyle is important in managing symptoms. Exercise helps clear mucus and a healthy diet is important for avoiding vitamin deficiency. 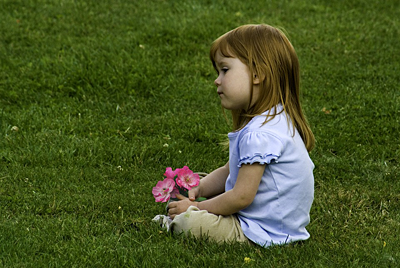 Cystic fibrosis is usually discovered in infancy or childhood. For people suffering from cystic fibrosis, daily life can be difficult and working at a job can be impossible. Social Security Disability Insurance helps individuals who are too ill or injured to work.

For people suffering from cystic fibrosis, daily life can be difficult and working at a job can be impossible.

Social Security Disability Insurance helps individuals who are too ill or injured to work. Long Term Disability may also be available through your employer if your symptoms have recently worsened. Social Security has a listing for cystic fibrosis, meaning if the applicant meets the standard for the listing, they are approved for benefits. In order to meet the standard for the Social Security listing, the applicant must have a functional lung capacity below a certain level, repeated episodes of bronchitis or pneumonia or persistent lung infection.

Contact the Long Term Disability lawyers at 512-454-4000 for a free consultation and see if you can get disability benefits for Cystic Fibrosis.

The Compassionate Allowances (CAL) initiative is a way to expedite the processing of SSDI and SSI disability claims for applicants whose medical conditions are so severe that their conditions obviously meet Social Security’s definition of disability. Many forms of cancer are compassionate allowances because they are obviously disabling. In 2007, the Cystic Fibrosis Foundation petitioned to have cystic fibrosis added to the list, but as of 2016, cystic fibrosis is still not eligible for pre-approval. Due to the obvious and serious nature of the condition, it may be added in the near future.

If you have an injury or illness that prevents you from working, you may be eligible for Social Security Disability benefits. Most initial claims for benefits are denied. Appealing your claim can be a difficult and time-consuming process. The Social Security attorneys at Bemis, Roach and Reed are here to help assist you with the appeals process and improve your odds of presenting your claim successfully. Bemis, Roach and Reed services central Texas including Travis county, Williamson county, Bexar county, and Harris county. Contact us today for a free consultation. Call 512-454-4000 and get help NOW.