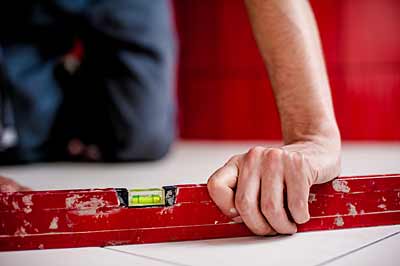 Before age 10, he had diphtheria which paralyzed him for several months and likely contributed to his lifelong poor vision. He also suffered heart disease beginning in the early years of his presidency.

It is easy to imagine that these events led to his compassionate public policy on disabilities.

Social Security expanded significantly under the Truman administration, but did not include the disabled. Truman believed in improving and expanding benefits. In his January 10, 1949 budget message to congress, he strongly advocated for adding disability to Social Security. He routinely pushed congress for a national health insurance program, along the lines of Medicaid, but his ideas were dismissed as “socialized medicine”. Truman’s legacy on disabilities may not have the same impact as his foreign policy decisions, but they helped lay a path for our current program.

The first “National Employ the Physically Handicapped Week” established a tradition of an annual proclamation in favor of employing the handicapped and accommodating them in the workforce which continues to this day.

This year’s speech from Obama focused on accessibility and the actions the federal government is taking to hire more workers with disabilities. In 1955, Eisenhower changed Truman’s committee which focused on promoting the week into a permanent committee dedicated to advocating for the employment of the physically handicapped.

President Kennedy empowered the committee to develop employment opportunities for both mentally and physically handicapped workers in 1962.

It was not until 1988 that the week expanded into the entire month of October. Under President Ronald Regan, “National Employ the Handicapped Week” became “National Disability Employment Awareness Month”.

Today, the awareness campaign is largely managed by the U.S. Department of Labor.

This year’s theme is #InclusionWorks. Employment for those with disabilities has gone up recently. It has been suggested that this is due to a recovering economy. However, employment data for the disabled demographic has only been tracked since 2008, so it is unknown how seasonal trends may impact this figure. Regardless, it is clear that those with disabilities have a lot to bring to the workforce. The #InclusionWorks hashtag was chosen because, in the words of Jennifer Sheehy, deputy assistant secretary of labor for disability employment policy: “Our nation’s most successful companies proudly make inclusion a core value. They know that inclusion works. It works for workers, it works for employers, it works for opportunity, and it works for innovation.”

If you are applying for disability or have been denied disability benefits contact an experienced Social Security Disability lawyer at 512-454-4000 Don’t give up, most claims are denied initially

It is good that more disabled people are able to find jobs. Unfortunately, for many disabled individuals, it is impossible to work. If you have become injured or ill and are no longer able to work, you may be eligible for Social Security Disability Insurance. The Social Security Administration provides benefits for those who are unable to work. If you are interested in applying for benefits, or if you have applied for benefits and been denied disability, the attorneys at Bemis, Roach and Reed are here to help. The majority of initial claims are denied. Having a knowledgeable attorney appeal your case can increase your chances of success. Contact a social security disability lawyer at Bemis, Roach and Reed today for a free consultation. Call 512-454-4000 and get help NOW.

The Ticket to Work Program
Social Security Disability Work Incentives
Can I apply for SSD while working Part Time or Going to School?