Disabilities often make it more difficult to navigate the world. Blindness, deafness, and disabilities that cause limited mobility can make it extremely difficult to lead a normal life. While it would be nearly impossible to remove all the barriers disability creates, modern society has come a long way towards building a more accessible world. American history shows a clear narrative moving from isolating and institutionalizing disability to accepting the disabled and allowing them to contribute and have a voice in their community. 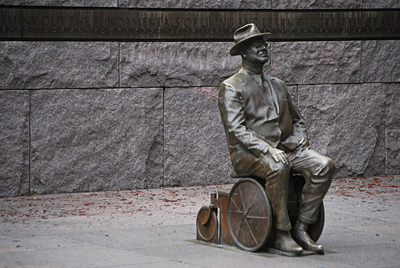 When Franklin Delano Roosevelt, who suffered from polio himself, signed the Social Security Act into law, it was a landmark moment. While the original program only supported the elderly and not the disabled, it represents a paradigm shift towards compassion for those unable to work.

In the 1600s, while America was being colonized, if someone became injured or ill, or required care and couldn’t work, they would be sent back to England.

Additionally, it was expected that the disabled person’s family would bear the burden of support. Many colonies enacted laws to help provide for those with disabilities. The laws varied greatly, but generally were focused around helping residents and excluding outsiders. Some villages would circumvent the laws by carrying disabled people outside of the borders of the town in the middle of the night so they would be outside the village’s jurisdiction.

Almshouses were early institutions to help care for those who were unable to care for themselves.

Almshouses were the predominant method of taking care of the disabled until the mid-20th century. Early colonies would institutionalize anyone they categorized as “undesirable” in these facilities. Someone who had become injured or ill through no fault of their own would often be institutionalized alongside petty criminals. Almshouses provided minimal care and were unclean and overcrowded even by the standards of the day.

While it’s taboo today, eugenics was a popular philosophy in the early 20th century.

Now we understand that a disability in one area does not mean an inability to contribute. Stephen Hawking, Helen Keller, and John Nash are among the most inspirational examples of how those with disabilities can still make great contributions and are refutations to the ugly idea of eugenics. Unfortunately, in the early 1900s, eugenics was used to justify minimal care, poor treatment, and even abuse (including involuntary sterilization) toward those with disabilities. 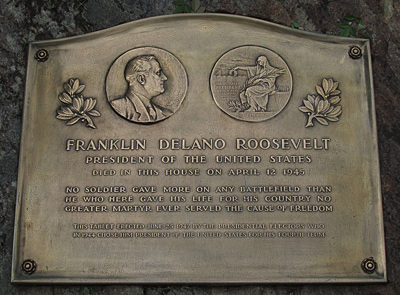 Disabilities often make it more difficult to navigate the world. With the help of people like FDR modern society has come a long way towards building a more accessible supportive world for the disabled.

Conditions for the disabled began improving in 1935 with the passage of the Social Security Disability act.

Before the act, people were expected to take of themselves or have family to take care of them if they could not provide for themselves in old age. At first, Social Security only provided for the elderly, but the act sparked discussion in congress about how to care for the disabled. When Franklin Delano Roosevelt, who suffered from polio himself, signed the Social Security Act into law, it was a landmark moment. While the original program only supported the elderly and not the disabled, it represents a paradigm shift towards compassion for those unable to work.

Even today, the program FDR helped established is the primary source of support for those who have become injured or ill and are unable to work. If you have become injured or ill, you may be eligible for Social Security Disability Insurance. If you have been denied disability, an experienced disability lawyer can help appeal your disability claim. The attorneys at Bemis, Roach and Reed can help you with your claim. Call today for a free consultation. Call 512-454-4000 and get help NOW.

I Just Became Disabled – What Should I Do First?
The Ticket to Work Program
Medicaid and Social Security Disability