“He is an outstanding lawyer and was able to win my case. If you are going up against big insurance companies you want Lonnie on your side.” – Bill B.
Free Consultation 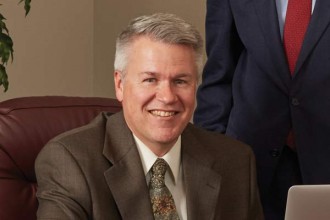 The son of a career army officer, Lonnie Roach was born at Fort Lewis Washington in 1963.

He received his undergraduate degree from the University of Texas at Dallas, where he graduated with honors with a B.A. in Political Science. He then moved to Austin in 1988 to attend law school at the University of Texas at Austin. While in law school, he and his close friend, Greg Reed, won the State Bar of Texas Moot Court Competition, a prestigious State-wide competition. This was Mr. Roach’s first experience in appellate law. He’s been winning ever since.

After completing law school, Mr. Roach began his career practicing personal injury trial law and became Board Certified in Personal Injury Trial Law by the Texas Board of Legal Specialization the first year he was eligible. 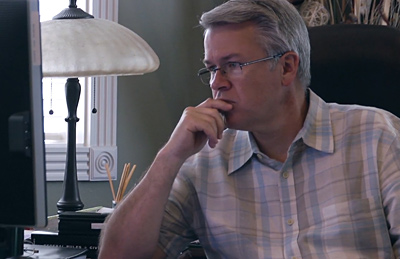 Lonnie Roach – Experienced and successful disability attorney helping families get the benefits they deserve for over 23 years.

It was natural that Mr. Roach’s career path would eventually lead him to the field of ERISA law, especially as it applies to long term disability insurance.

Disability benefits cases are, by their nature, medical cases. They involve volumes of medical records that require a solid medical background to interpret. These are the skills of a Board Certified Personal Injury lawyer. When these cases go to trial, however, they take on the aspect of appeals. Disabled claimants are appealing the decision of powerful claims administrators. These trials call for the skills of an appellate attorney. Mr. Roach is both and has become a recognized leader in the field of ERISA, Long Term Disability. He has successfully overturned denials of disability benefits at the administrative level, at trial in United States District Court, and at the United States Court of Appeals.

Mr. Roach was selected to the prestigious “Super Lawyers” list of Thomson Reuters in 2016 and has been top “AV Preeminent rated for Ethical Standards and Legal Ability” by Martindale Hubbell.

Lonnie Roach, partner at Bemis, Roach & Reed recently obtained an important decision from The United States Court of Appeals for the Fifth Circuit which will likely have a far-reaching and favorable impact for anyone receiving Long Term Disability (LTD) benefits under Plans governed by the Employee Retirement Income Security Act of 1974 (“ERISA”).

In Case no. 14-50368; Robert George v. Reliance Standard Life Insurance Company, decided on January 15, 2015, the Court set out guidelines for interpreting LTD insurance policies or ERISA Plans that provide full disability benefits for claimants disabled due to physical injuries or sickness, but only limited benefits for disabilities “caused or contributed to by” mental illness or any mental/nervous condition.

Many LTD insurance policies limit the duration of disability benefits to only 24 months for disability caused or contributed to by any mental or nervous condition, such as depression.

Many, if not most chronically ill claimants suffering from a physically disabling condition eventually also receive a diagnosis of depression. Their depression did not make them sick, however—they are depressed because they are sick. This does not stop some LTD insurance carriers from using the depression diagnosis to limit benefits to only 24 months.

This is exactly what happened to Bemis, Roach & Reed client Robert George.

After suffering severe injuries in a helicopter crash, Mr. George was forced to retire from the U.S. Army and went to work for a private company where he continued to work as a pilot for 20 years until declining health from the many injuries he suffered in the crash forced him to stop working. Being physically disabled and unable to work, Mr. George became increasingly depressed. Despite the fact that the purely physical damages forced him to stop flying, his LTD insurance company, Reliance Standard Life Insurance Company denied his disability claim after 2 years claiming, in part, that Mr. George’s depression “contributed” to his disability. A federal trial judge agreed with Reliance Standard’s reasoning.

Bemis, Roach & Reed appealed to the Fifth Circuit Court of Appeals where Partner, Lonnie Roach won a reversal that not only restored benefits to Mr. George, it adopted Mr. Roach’s interpretation of the insurance policy requirements.

As a result, the Court established a new rule for interpreting these policy provisions. The Fifth Circuit ruled that no mental/nervous condition “contributed” to Mr. George’s disability because even without his diagnosis of depression, Mr. George would still be disabled due to solely physical causes.

Given how common it is for disabled individuals to suffer from both physical and mental/emotional/nervous conditions, George v. Reliance Standard will likely have a profound impact on the future construction of these common insurance clauses and will be a valuable tool for those claimants whose disability benefits are denied after 24 months.