What is Social Security Privatization? Part 3 – Benefits and Costs

There are good arguments both for and against the privatization of Social Security. What are the benefits and costs?

Entitlement programs have always had a controversial history in the United States. Americans believe in empathy, compassion, and helping your fellow man. In contrast, America is also a country of rugged individualism, self-sufficiency and personal accountability. Social Security is the biggest entitlement program, so it’s no surprise there is a lot of debate over how to fix it. Privatization- taking the pooled fund and dividing it into individual accounts- has been one the most controversial solutions proposed. 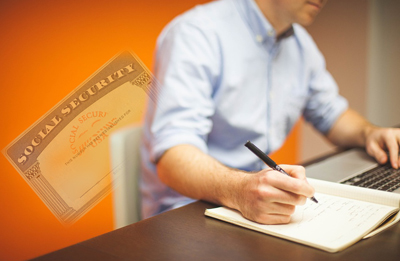 Those in favor of privatization believe it will fix the Social Security deficit, increase the rate of return on investment, and allow individuals to take control of their retirement. Those on the other side do not believe privatization will fix anything, and it will only contribute to higher costs. Below is a detailed look at the arguments from each side:

The main argument for privatization is that it will end the pay as you go system. Older workers will not be dependent on younger workers for their benefits. There is a legitimate fear that the population will age and the decreasing number of younger workers will not be able to support the increasing number of retirees. Privatization makes each individual responsible for their own fund and prevents the fund from being “raided” by the government.

Estimates vary greatly, but the current rate of return on investment (ROI) on Social Security is between 1-5%. The stock market has an average ROI of 11.53%.

Personal responsibility is valued highly in America. Privatization will give more choice to individual. Depending on how it is implemented, privatization might allow individuals to decide how their funds are invested, pass them on to their children, or otherwise be able to control the fund in a way they can’t under the current system.

Theoretically, the increased rate of return means you don’t have to pay as much into the system in order to take the same amount out. This means payroll taxes for Social Security may eventually be lowered under privatization.

Wealthy people live longer than those in poverty. Because of this, the poor essentially subsidize benefits for the rich. If benefits are tied to a personal account rather than a pool, it will end this issue.

From the perspective of these arguments, privatization looks like a panacea for the Social Security Administration’s current funding problems. However, there are also many arguments against privatization.

It is possible privatization will do nothing to help the current situation and may even exacerbate it. A 1997 study showed that if 1% of payroll taxes had gone to private accounts (half of Presidential candidate John Kasich’s proposal) the trust fund would have been insolvent in 2015. 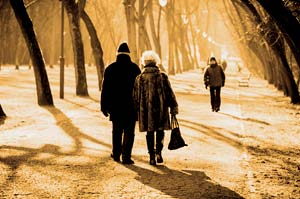 The wealthy tend to have multiple retirement savings accounts and the poor generally rely solely on Social Security. Under privatization, market fluctuations would then impact the poor much more than the rich.

If Social Security accounts are tied to the stock market, then a stock market crash could hurt retirees. The current system provides a fixed amount at regular intervals, which is beneficial to those without income from a regular job. Tying benefits to the stock market could make it significantly more difficult to plan for retirement.

Perhaps the most cynical argument against privatization, this is also a very valid point. In looking at other countries that have attempted privatization, it seems this is the biggest issue. In the UK, citizens were simply not educated about investing and when they had the opportunity to invest they ended up losing a lot of money. In Chile, workers would rather have their money upfront than invest it for the future.

Currently, the Social Security Administration only spends 1% of its revenue on administration. If each individual American has a private account, all these accounts would have to be created, tracked and maintained. Proponents of privatization say the opposite is true- private companies are more efficient and will be able to spend less on administration.

Income inequality has become a big issue in American politics. In Chile, privatization has hurt the poor while benefitting the rich- the poor essentially opt out because they can’t afford to save, while the rich invest as much as they can and receive a high rate of return on that investment. Something similar could happen here. The wealthy tend to have multiple retirement savings accounts and the poor generally rely solely on Social Security. Under privatization, market fluctuations would then impact the poor much more than the rich.
There are several strong arguments on each side. Given how privatization has performed in other countries, it is clearly not a magical solution. On the other hand, Social Security is losing money and changes will need to be made in order to keep it afloat. Privatization could be a viable solution which allows individuals to receive a greater benefit and have more control of their money. On the other hand, privatization could become just another way to push the most vulnerable Americans deeper into poverty.