Other countries have tried privatizing their assistance programs, how has it worked out for them?

There are many good ideological arguments both for and against the privatization of Social Security. However, before looking at those, let’s see how privatization has worked out on a practical basis in the other countries that have tried it. Currently, there are over 30 countries around the world that have a privatized or partially privatized system. This list includes Australia, Chile, Denmark, Italy, Mongolia, Sweden, and the United Kingdom. Much of South America is also on the list. 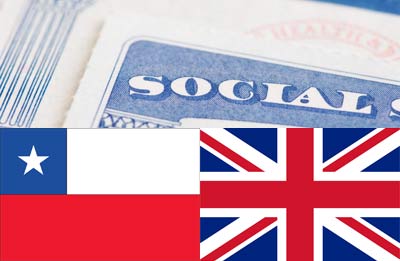 Currently, there are over 30 countries around the world that have a privatized or partially privatized system.

Chile was the first country to transition from a “pay-as-you-go” system like ours to a privatized system in 1981.

Privatization has generally worked well there. In the US, the rate of return for individual (taxes paid in vs benefits paid out) is generally well under 5%. In Chile, the average rate of return is 11%. However, privatization in Chile has not been without its problems. One of the most serious issues with privatization is an increase in income inequality. Social Security is ostensibly designed as a benefit to the poor, but, under privatization, workers who earn more are able to invest more. A 1995 study demonstrated that a woman earning 75% of a man’s salary would only receive 35-45% of his pension.

A second major issue with privatization that has arisen in Chile is noncompliance.

In the other countries that have tried it, privatization has had mixed results.

It increases the rate of return on investment, and, on its surface, appears to be a more solvent system. Some claim privatization in the UK turned their pension system from a £3 billion expense to a £2 billion source of income. There is also a negative side to entrusting citizens with greater personal responsibility over their money. In the United Kingdom, many workers made poor investments and ended up losing a lot of money in what was known as “the pension mis-selling scandal”. In Chile, high administrative costs outweigh the increased return on investment. By some estimates, the 11% average rate of return claimed by the Chilean government is really only around 5% once administrative costs are factored about- roughly the same as the rate of return in the United States.

While Chile and the UK are good examples of the benefits and costs of privatization, they are both very different from America demographically and culturally.
America’s values of personal liberty, individualism, responsibility play a large role in politics and public policy.
In our next segment, we will discuss the benefits and costs of implementing such a program in the United States.

The team of disability lawyers at Bemis, Roach & Reed knows how crucial disability benefits can be for maintaining financial stability. Our attorneys are assisting clients with their disability cases in cities all across Texas including Austin. If you are seeking disability benefits because of a sleep apnea diagnosis, contact our attorneys today at no cost to you. Contact us today for a free consultation.
Call 512-454-4000 and get help NOW.