After a long legal battle, budget cuts to Medicaid will take effect in July. The cuts were passed through congress in 2014 as “Rider 50”, but were postponed due to lawsuits by the disabled children affected by the cuts and their health care providers. 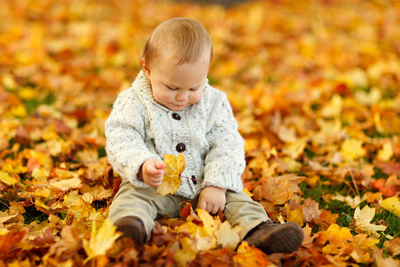 Parents and health care providers of children with disabilities have banded together with attorney Dan Richards to file a lawsuit in an attempt to stop the cuts.

The Texas State Legislature passes a budget every two years.

The budget process is complicated. Essentially, all state agencies send requests and estimates to the legislature. The Senate and the House then each propose a budget. Those budget deals are negotiated and consolidated into a single budget which will be signed by the comptroller. Finally, the Governor is granted the power to go through the budget line by line and veto any items he chooses. The last budget- the budget currently being used- was passed in 2014.

The House and Senate proposed their budget bills in April 2014.

The House of Representatives proposed a $209.8 billion budget, and the Senate proposed a $211.4 billion budget. However, the Senate earmarked $800 million less for Medicaid. Throughout April and May, the House and Senate negotiated on a final budget. The final budget passed on to Greg Abbott was $209.4 billion, less than either chamber’s proposal, but still a slight 3% increase over the previous budget.

State budget increases are inevitable due to inflation and population growth.

Programs are going to need more resources to service a growing population. Beyond that, most of the increase in the budget came from the following proposals:

If new programs are implanted and spending is increased in some areas, that money will have to come from somewhere else.

Schools and Medicaid are the two largest areas of the budget and are often the first areas where spending is reduced. Congress proposed “Rider 50” as a way to cut pediatric therapy services to children with disabilities by $350 million. Supporters say Texas currently spends well above the average rate for Medicaid services. Opponents claim the cuts will destroy families’ ability to take care of disabled children and lead to more expenses down the road. Parents and health care providers of children with disabilities have banded together with attorney Dan Richards to file a lawsuit against the Texas Health and Human Services Commission in an attempt to stop the cuts.

In Part 2, we will discuss the details of lawsuit and each side’s perspective on the cuts.

Unfortunately, about a quarter of people will become disabled during their working years. If an injury or illness is preventing you from working, you may be eligible to collect disability benefits. If you are thinking of filing for social security or long term disability we can help. If you have filed for benefits and been denied disability we can assist in your appeal. Don’t give up. Contact the experienced long term disability attorneys at Bemis, Roach and Reed today for a free consultation. Call 512-454-4000 and get help NOW.