Barak Obama – good intentions and hard choices for the disabled.

In Part 1, we discussed some of the things Obama has done which have been a benefit for the disabled. However, Obama has not done everything perfectly when it comes to his treatment of the disabled. He has sometimes said the wrong thing and portrayed disability negatively. He has also made a few campaign promises which he has been unable to keep. 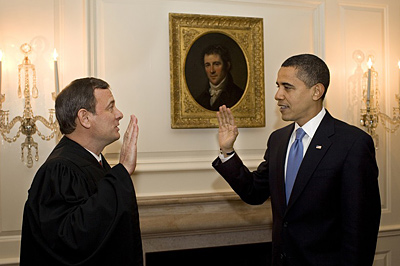 President Obama has done much for the benefit of the disabled but as is often the case in politics, hard decisions needed to be made and issues that were once at the forefront of the campaign became compromised in the face of adversity.

On the less serious side of the scale, Obama faced backlash from the handicapped community after jokingly comparing his bowling ability to the Special Olympics in an interview with Jay Leno. Additionally, some have interpreted a 2008 Obama attack ad against McCain as a slight on McCain’s disabilities from his military service. The ad claims McCain cannot write an email. John McCain has severe injuries from his time as a prisoner of war and cannot lift his arms above his head. It’s easy to see how Obama’s ad could be interpreted as an attack on disabled veterans.

During his campaign, Obama promised to fully fund the Individuals with Disabilities Education Act (IDEA). Congress promised to fund 40% of the program but has consistently failed to do so, generally providing only around 20% of the program. Despite Obama’s promise, none of his budget proposals would have funded IDEA at the promised level. IDEA gives Federal funds to school districts to help them absorb the costs of education students with special needs. Underfunding this program could lead to exacerbated developmental disabilities, which may cost the government more in the long run.

The premise of the Community Choice Act is similar to that of the Olmstead enforcements mentioned earlier. Disabled people should be able to live as part of their communities rather than isolated in care facilities. The Community Choice Act proposes that people in nursing homes should also be eligible to receive care in their private residences. In 2007, Senator Obama strongly supported the bill. However, he compromised on this issue while pushing the Affordable Care Act forward. He cut all mention of the act from his website. When ADAPT, a disability advocacy group, protested his lack of support, many disabled protestors were arrested. 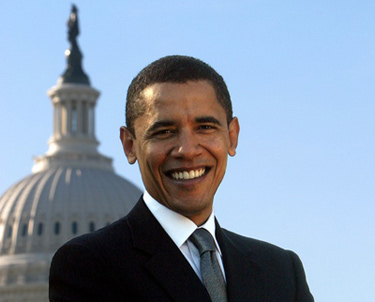 In 2007, Senator Obama strongly supported the Community Choice Act. However, he compromised on this issue while pushing the Affordable Care Act forward.

As is often the case in politics, hard decisions needed to be made and issues that were once at the forefront of the campaign became compromised in the face of adversity.

Obama did much to help enforce laws and implement policies that were already in place for the disabled. Executive Order 13548 (requiring the government to hire the disabled) and the Olmstead enforcements build on Clinton’s legacy. George W. Bush passed the New Freedom Initiative which helped make Federal government information more accessible to the disabled and funded technological advances to help those with disabilities. Bush also set precedents in the area of education with the No Child Left Behind act. Obama’s Olmstead actions follow the same principles established by Bush’s “Money Follows the Person” grant program. Change in government and law moves slowly. New ideas are difficult to pass through congress if they are not at least somewhat based on established precedent.

The left and right sides of the political aisle both see the importance of helping the disabled.

Job programs, education, health care, or simply increased assistance all can help improve quality of life for American’s most vulnerable citizens. However, regardless of any new initiatives, the government’s largest program to aid the disabled is Social Security.

Social Security benefits help support those who through injury or disease have become unable to work. If you are injured or ill and unable to work, you may be eligible for Social Security benefits. We can help with your initial application. If you have filed for benefits and been denied, we can help you appeal. Contact the experienced long term disability attorneys at Bemis, Roach and Reed today for a free consultation. Call 512-454-4000 and get help NOW.