The first group insurance policy was offered in 1911 through Equitable Life Assurance Society of New York to the Pantasote Leather Company. A group policy means that the employer pays for a portion (or all) of the premium, as opposed to an individual policy where the worker pays for their own insurance premiums. 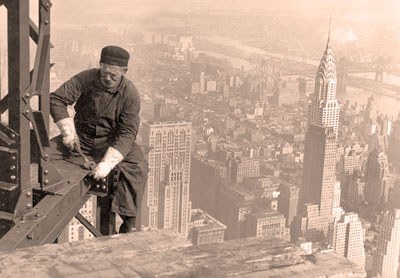 The first group insurance policy was offered in 1911 by Equitable Life Assurance Society to the Pantasote Leather Company. If you need disability help contact a long term disability lawyer at 512-454-4000

A group policy allows for better coverage at a lower rate because it pools risk and minimizes administrative expenses.

Despite these advantages, the introduction of group policies came with little fanfare. Most companies continued to not provide group coverage for their employees. In 1920, there were only 6,000 employers offering group policies in America. It was not until the end of World War II that the idea of group insurance became popular. By 1945, 31,000 employers offered such policies. There are several factors that account for the change.

Throughout both World War I and World War II, times were hard on the home front.

When group insurance plans were first introduced, employers paid for the entire plan. However, the austerity caused by the war led many employers to look at where they could cut back. Many companies chose to split the cost of the group insurance premiums with their employees rather than drop the program altogether. When the idea that company did not have pay the full premium became more acceptable, more employers chose to offer group plans. By 1927, nearly half of employers offering group health plans required some employee contribution. 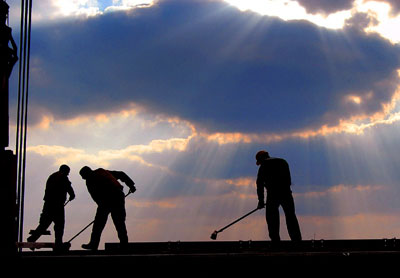 However, the biggest factor in the expansion of long term disability insurance was unions. The rise of unions gave workers more bargaining power and many laborers used this to leverage for better benefits.
If you have been denied disability contact an experienced long term disability lawyer at 512-454-4000

However, the biggest factor in the expansion of long term disability insurance was unions.

The rise of unions gave workers more bargaining power and many laborers used this to leverage for better benefits. Additionally, the industrial revolution had run its course and people were no longer satisfied living off what their farms could provide. As more people lived in cities, wages from work became the primary source of sustenance for most families. At the same time, wages stagnated while productivity grew due to advances in technology. Employers covered this gap through offering different forms of compensation. Group insurance was a perfect choice as it provided a larger benefit for the employee compared to its cost to the employer.

By the 50s, nearly all urban office workers were covered by some sort of group insurance plan.

Long-Term Disability policies are intended to help people if they become too injured or ill to work. Unfortunately, it can be very difficult to prove that you are disabled. Insurance companies will try to avoid paying claims, and have a history of denying even clearly legitimate claims. If your claim has been denied, it is important to keep fighting. Most claims are denied initially. Appealing a claim can be difficult. The insurance company will use confusing paperwork and delay making a decision for as long as possible to prevent you from getting the money you need and deserve. The long term disability lawyers at Bemis, Roach and Reed are some of the few attorneys in the state of Texas that have a proven track record of winning these types of claims. Contact us today for a free consultation. Call 512-454-4000 and get help NOW.