Gun Ownership Rights for the Disabled

On January 4, the Obama administration released a fact sheet detailing a new executive action regarding gun control. Individuals who the Social Security Administration has deemed mentally incompetent and unable to handle their own affairs would be prevented from purchasing guns.

Individuals who the Social Security Administration has deemed mentally incompetent and unable to handle their own affairs would be prevented from purchasing guns.

Obama has often been derided for using executive orders to shape policy without the backing of the Republican-led congress. However, many Presidents on both sides of the aisle have used the power of executive order to make unpopular decisions. In fact, many well-known Presidential actions, including Abraham Lincoln’s famous Emancipation Proclamation and Roosevelt’s internment of Japanese-Americans, were accomplished by executive order. There are different types of executive orders, but generally they are seen as the President’s guidelines on how to enforce existing law.

There have been claims that the purpose of Obama’s new law is to take guns away from those on Social Security.

These claims are not accurate. The new executive order does not actively take guns from anyone or prevent everyone on Social Security from owning guns. While the order affects gun rights in a number of ways- from an investment in “smart guns” to a rule requiring gun dealers to report lost or stolen weapons- the new policy with the largest effect on consumers is the expansion of the National Instant Criminal Background Check System (NICS).

Individuals who the Social Security Administration has deemed mentally incompetent and unable to handle their own affairs would be prevented from purchasing guns. If someone has been deemed mentally incompetent by the SSA, they do not receive their Social Security benefits directly. They have an appointed “representative payee” who handles their money for them. Having a representative payee is now a red flag that would make a beneficiary unable to purchase a firearm.

The focus of the debate is a question on a form which all potential gun-owners must fill out before they can be approved to own a firearm.

The question reads:
“Have you ever been adjudicated mentally defective (which includes a determination by a court, board, commission or other lawful authority that you are a danger to yourself or to others or are incompetent to manage your own affairs) or have you even been committed to a mental institution?”

This question was added by the Gun Control Act of 1968 in order to prevent the mentally ill from purchasing guns.

However, in the years since the law has been passed, no one has ever challenged whether “adjudicated mentally defective” refers to Social Security beneficiaries with representative payees. This is why those against the new measure perceive it as new restriction, while supporters see it as better enforcement of current rules.

Critics of the new measure claim that trouble managing money does not translate into violent behavior.

It seems unfair to take someone constitutional rights away if they have been convicted of a crime or shown themselves to be a threat. Simply because someone is not capable of managing their finances does not mean they are a danger.

A similar controversy arose when the Veteran’s Administration began sharing its’ information with NICS and preventing veterans with representative payees from owning guns.

This occurred under the Brady Handgun Violence Prevention Act of 1993. One compromise, which was not implemented until 2007, was to allow an appeals process where those who could prove they are not dangerous would be allowed an exception and could purchase firearms. There are provisions to put a comparable process in place for Social Security beneficiaries who have gun rights revoked under the new executive action. 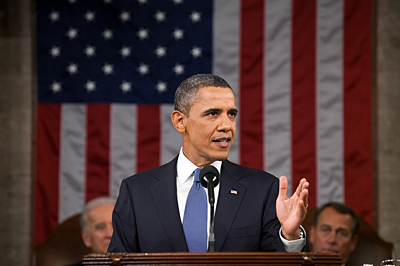 The new executive order does not actively take guns from anyone or prevent everyone on Social Security from owning guns.

Effectively, there will be no change in the law regarding who can own guns; current laws are will simply be better enforced at the point of sale.

While it continues to be illegal for those who have been deemed incompetent to own firearms, there is no proposal for a “gun-grab” to take weapons from those who already own them. It is rare for a mentally incompetent individual to be criminally charged solely with possession of a firearm. Such laws are notoriously difficult to enforce, but are often added as tack-on charges when a more serious crime is committed. Additionally, several states have some variation of a “weapons under disability” law. A 2014 Supreme Court decision, Henderson v. United States, has determined that “possession” is distinct from “ownership”. It is lawful for the disabled individual to entrust any firearms they own upon becoming disabled to a third party or sell them.

Gun rights advocates have often claimed that gun violence is not caused by too many guns, but by individuals bent on violence.

This new executive order helps keep guns out of the hands of the mentally ill. Also included in Obama’s executive order is a $500 million investment towards increased access to mental health care. Republicans such as Paul Ryan have stated that mental health is an important component of the gun control debate, as shooters are frequently mentally ill.

Supporters of the new executive order say it protects the safety of the general public by preventing the incompetent from owning firearms.

Opponents claim the order needlessly take constitutional rights away from people who have never shown a propensity for violence. The new measure is a moderate step towards further restrictions in the ongoing larger debate about gun control.

The team of disability lawyers at Bemis, Roach & Reed knows how crucial disability benefits can be for maintaining financial stability. Our attorneys are assisting clients with their disability cases in cities all across Texas, including Austin, Houston, Dallas, Fort Worth, Galveston, and Corpus Christi. If you are seeking disability benefits contact our attorneys today at no cost to you. Contact us today for a free consultation.
Call 512-454-4000 and get help NOW.