Is the Social Security Administration doing all it can to stop disability fraud?

We often hear that people on SSDI are faking their disabilities and that many receiving disability benefits are just looking for a free ride and really don’t want to work. How much of that is actually going on? 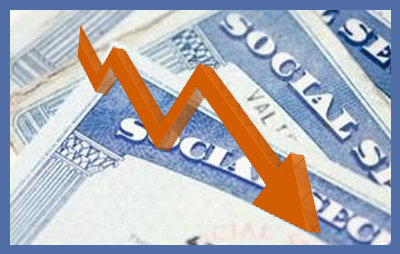 We often hear that people on SSDI are faking their disabilities and that many receiving disability benefits just don’t want to work, however, cases of fraud are rare for a program so large. The application process is long and difficult and the benefits are meager.

There are some politicians and pundits out there who believe Social Security is rife with abuse. There is a perspective that anyone can get disability benefits and applications are simply “rubber-stamped” for approval. It is true that there have been several instances of fraud and abuse in the history of the Social Security program. However, cases of fraud are rare for a program so large. The application process is long and difficult and the benefits are meager. Trying to get unwarranted disability benefits is no “get rich quick” scheme. The application process is designed to weed out those who are not in serious need.

Those applicants who appeal must wait months, possibly even years, before seeing an Administrative Law Judge (ALJ). At this stage, applicants with technical disqualifications- i.e.; insufficient work history- have been filtered out and the ALJ makes a determination of disability on the basis of the applicant’s medical records.

Some say that ALJs are “out-of-control” and approve everyone rather than take the time to look at cases.

Unfortunately, at one point this did have some truth to it. vALJs were only measured by their ability to process cases quickly, which incentivizes speed over accuracy. In response to allegations that this dynamic led to “rubber-stamping” claims, the Social Security Administration has made efforts to improve oversight of Administrative Law Judges.

Under the current system, any judge with an allowance rate of over 85% is subject to being audited and possible disciplinary action.

Additionally, the Office of Disability Adjudication and Review provided software to Administrative Law Judges to help them monitor their approval rates in comparison to their fellow judges. During the first few years of the programs, one judge did not have their contract renewed, two were suspended, and 14 received some sort of reprimand or additional training. At the beginning of the oversight initiative in 2007, 44 judges had approval rates over 85%. The program has been successful- as of 2013, only 7 judges have unusually high approval rates.

Now that judges with anomalously higher approval rates have been brought in line, the average approval rate at this stage has fallen.

From 2000 to 2014, the approval rate for claims at the hearing level dropped from nearly 60% to below 50%. It is likely that part of this drop was due to the recession as well. In a bad economy, more people try to get any public assistance they can and apply for disability. This leads to more cases being denied because many of the new applicants do not meet the standard for disability.

Being denied at the hearing level is devastating for an applicant.

At the hearing level, the applicant has already waited months to be rejected at the application and reconsideration levels, and spent months preparing for the hearing. No wonder the hearing can be wrought with anxious anticipation- the odds of their claim being finally being approved are comparable to a coin toss.

If you have applied for Social Security Disability benefits, and your application has been denied, don’t give up. Many claims that are denied initially go on to be approved. If you are facing a hearing, you should know that applicants who have representation at the hearing have much higher odds of success. An attorney will have the knowledge and experience needed to present your claim in the best light. If your application for benefits has been denied, or you are facing a hearing, contact the attorneys at Bemis, Roach and Reed for a free consultation today.
Call 512-454-4000 and get help NOW.