In the last few weeks, there have been several significant stories which affect the lives of those with disabilities. In this week’s blog we will cover Senator Bernie Sander’s Social Security proposal, New Supreme Court Justice nominee Neil Gorsuch’s views on ERISA, Social Security’s vacant leadership position, and a light-hearted story about a new twitter hashtag: 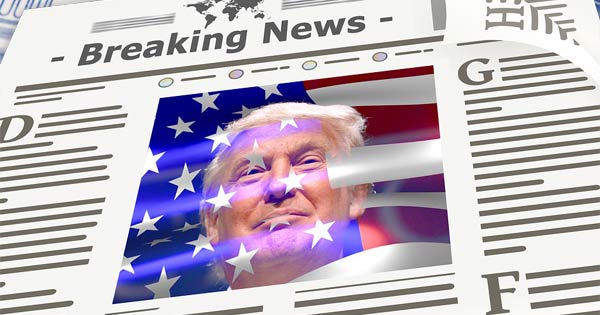 Donald trump and social security disability news. In the last few weeks, there have been several significant stories which affect the lives of those on Social Security and those with disabilities. Changes are soon to come.

Democratic presidential hopeful, Senator Bernie Sanders, introduced a bill to strengthen and expand the Social Security program on February 16. Currently, Social Security is estimated to run out of funding in 2034. A report on Sander’s plan by Social Security’s chief actuary, Stephen C. Goss, estimates that the new legislation could potential expand funding into 2078. The plan would increase the monthly benefit by an average of $43/mo. The proposal is funded by removing the cap on taxable income without a proportionate increase in the maximum benefit. Senator Sanders first proposed this expansion of Social Security in 2015. However, the bill appears to be a timely response to Donald Trump’s campaign promises to not cut Social Security and subsequent choice of Mick Mulvaney, who once claimed Social Security was unconstitutional, as budget chief.

Social Security has gone without a permanent leader for the past four years. The previous commissioner, Michael J. Astrue, was appointed by George W. Bush in 2006 and served a six-year term which ended on January 19, 2013. Since then, there has not been a permanent figure in charge of the program. A year after Astrue’s term ended, Obama nominated commissioner Carolyn W. Colvin. Unfortunately, she was one of several of Obama’s nominations which were never confirmed by the Republican-controlled congress. Half of the deputy commissioners of the Social Security Administration are also unconfirmed. Now it has fallen on Donald Trump to nominate a commissioner. The appointment is not as important or urgent as some of his other nominations, so it may be a while until he reaches a decision. Social Security has a reputation for long processing times and large backlogs of filings. Hopefully, President Trump will make a decision in keeping with his campaign promises and elect someone who can run the organization efficiently.

Keah Brown, a writer whose work focuses on disability, gender and race issues, started the hashtag #disabledandcute on twitter a few days before Valentine’s Day. The hashtag has since gained popularity on Instagram. Disabled people are taking selfies and tagging them with the hashtag. The hashtag promotes acceptance of the disabled. Keah says that in popular media, disabled people are portrayed as unattractive, but that is not the case. People with disabilities should also have opportunities to take pride in their appearance.

Contact a Social Security disability attorney at 512-454-4000 for a free consultation and see if you can get disability benefits. If you have been denied disability don’t give up!

President Trump nominated Judge Neil M. Gorsuch to replace the deceased Judge Antonin Scalia on the Supreme Court. Currently, the Supreme Court is considering whether religiously-affiliated pension plans are subject to ERISA. ERISA regulates most private pension plans and helps provide protections to the consumer, including a right to appeal adverse decisions. There are three cases where the central issue is whether or not the plans offered by church-affiliated hospitals are exempt from the requirements of ERISA. The Supreme Court has historically been split along partisan lines on this issue. It is likely Gorsuch’s opinion will help set the precedent for this issue. The infamous Burwell v. Hobby Lobby decision allowed corporations to claim religious exemptions to regulations. Judge Gorsuch was involved in a lower court ruling on a similar case, Hobby Lobby v. Sebelius, and sided with Hobby Lobby. This suggests he is likely to support a hospital’s religious exemptions as well. In ERISA cases where an individual was denied insurance coverage, Judge Gorsuch has generally upheld the side of the insurer.

The Law Offices of Bemis, Roach and Reed specialize in helping people with disabilities win the benefits they need. If you have been denied Social Security Disability Insurance benefits or Long Term Disability insurance benefits, we may be able to help. Contact us today to schedule your free consultation. Call 512-454-4000 and get help NOW.