Can I get disability benefits for a brain aneurysm?

A brain aneurysm is an abnormal weak spot on a blood vessel that causes an outward bulging of the arterial wall. It can affect any blood vessel in the body, but an aneurysm in the brain can rupture, releasing blood into the skull and causing a stroke. Brain aneurysms affect more than 30,000 Americans annually. 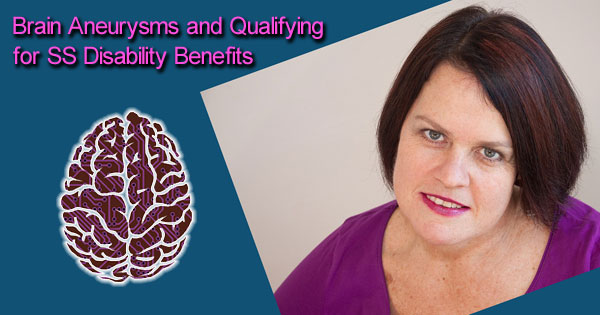 The Social Security Administration recognizes brain aneurysms as an impairment in their Blue Book and you may qualify for disability benefits if certain conditions are met. Call 512-454-4000 for help today.

Most brain aneurysms occur in the blood vessels at the base of the brain, known as the Circle of Willis, a collection of arteries which supply the brain with nutrition like oxygen and glucose.

Most brain aneurysms remain small and are never diagnosed because they have no symptoms.

Those that are discovered are usually found as a result of diagnosing and treating other conditions. Symptoms may include:

If your doctor suspects that you have a brain aneurysm, he may perform one or more of the following tests:

Computed tomography angiogram (CTA scan). This test is more precise than a CT scan and uses a combination of CT scan, special computer techniques, and dye injected into the blood to produce images of blood vessels.

Cerebral angiogram. This is an invasive test, but gives the highest detailed pictures of the location, size, and shape of an aneurysm. A flexible tube is inserted into an artery and guided to the vessels of the brain. Dye is then injected into the vessel, and pictures are taken with a fluoroscope.

Contact a Social Security disability attorney at 512-454-4000 for a free consultation and see if you can get disability benefits while suffering from a brain aneurysm. If you have been denied disability don’t give up!

Unfortunately, most brain aneurysms only become obvious when they rupture.

If you or someone you know experiences any of the following, seek medical attention immediately:

The main goals of treatment after a brain aneurysm has ruptured are to stop bleeding, prevent brain damage, and reduce the risk of recurrence.

Treatment of unruptured brain aneurysms depend on the patient’s age, the size of the aneurysm, and the overall health of the patient. Risk of a small aneurysm rupturing is low, so a doctor may suggest not smoking or controlling high blood pressure instead of surgery, which poses a high risk. If the aneurysm is large or causing pain, surgery may be recommended.

Other treatments available are:

Endovascular embolization. A small tube is inserted into the affected artery near the aneurysm. Soft metal coils are guided through the tube, filling the aneurysm and making it less likely to rupture. Mesh can also be used to fill the aneurysm (mesh embolization).

Surgical clipping. A small metal clip is placed around the base of the aneurysm, isolating it from normal blood circulation. This decreases pressure on the aneurysm and prevents rupture.

While high blood pressure and atherosclerosis are common causes of brain aneurysms, other rare conditions such as trauma and tumors may also cause aneurysms to form.

Mycotic aneurysms are the result of infections of the artery, and drug abuse, particularly cocaine, may weaken and inflame arteries.

The Social Security Administration recognizes brain aneurysms as an impairment under Section 11.00, Neurological and Section 11.04:

I. What is vascular insult to the brain, and how do we evaluate it under 11.04? 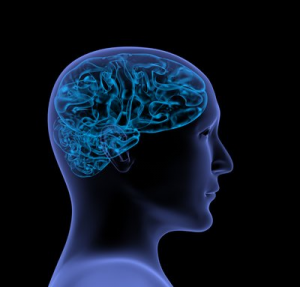 The denial letter for a Taylor client listed a variety of cardiac issues and concluded that the client was not precluded from performing sedentary labor due to those issues. Her claim for disability was not based on a cardiac condition, however. After her cardiac surgery, she suffered an intracerebral hemorrhage which led to massive bleeding in her brain. According to her neurosurgeon, the client suffered from a class 4-severe physical impairment as well as a class 4-severe mental impairment. She suffered from an inability to use and understand spoken language and short term memory loss. This was due to brain damage which had been objectively documented by MRI and CT scans. Although she attempted to return to work, she was terminated because her cognitive deficits rendered her unable to perform her job. As a result of her brain injury, she was determined to be totally disabled by the Social Security Administration. Her Long Term Disability insurer, Lincoln Financial, denied her claim, however. Bemis, Roach & Reed handled her appeal and was successful in getting her benefits restored.

If you have experienced a brain aneurysm,
you may be eligible for Social Security Disability Income.

Disability benefits are an important source of income for those who are unable to work. If you not able to work due to accident or illness, you may be eligible for Social Security Disability or Long Term Disability benefits. If you have applied for benefits and been denied, contact the attorneys at Bemis, Roach and Reed for a Free Consultation. Call 512-454-4000 and get help NOW.