Appealing a termination of disability benefits is complicated and confusing and is best done under the guidance of an experienced disability attorney.

Per an order issued by the Texas State Insurance Commission, discretionary clauses in Long Term Disability insurance policies have been banned. This is an important protection for the Texas consumer. Our Austin long term disability attorney Lonnie Roach wrote the following press release commenting on this landmark ruling.

The Texas Department of Insurance has adopted new rules prohibiting the inclusion of discretionary clauses in insurance policies delivered in Texas.

Many consumer advocates and attorneys participated in the effort to bring this matter before TDI.

Lonnie Roach, an attorney specializing in ERISA long term disability claims, testified as to the unfair impact these clauses have on every Texas consumer who has employer-provided insurance. 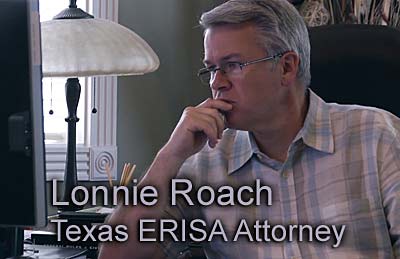 In outlawing these clauses, TDI has taken a giant step toward ensuring that claims are decided by the evidence, not by the arbitrary whim of the insurance company. Whether they know it or not, nearly every Texas consumer received important protections today.